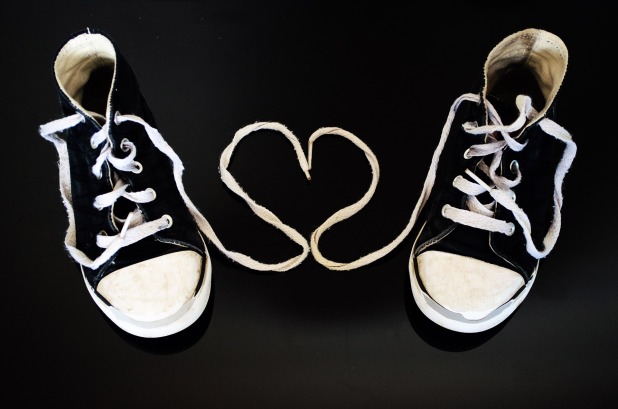 Those moments that just reaffirm your parenting skills and literally brings you to tears because of how proud you are of the choices your mini made?

No one gave us a “how-to-parent” manual.  We just roll with it day in and day out, keeping our fingers crossed along the way that our parenting is good enough to raise a stand-up human being.  Because soon enough, our minis will be grown adults making decisions for themselves in this great big world.

My 9-year-old son recently ran into a roadblock with his best friend.  Yep, you guessed it… over a girl of course.  Silly, I know.  But while it may seem super trivial to us, it’s HUGE to them.  You remember those days…  Everything was life or death.  EVERYTHING.

He asked for my advice whether he should continue being his friend or not.  I explained to him that challenges will continue to arise throughout his life, in his friendships and in his relationships.  It’s the inevitable.  It’s life.  And without challenges, there’s no growth.  And if there’s no growth, well, that’s not a life I want for my son.

I told him to communicate his feelings to his friend.  Explain to him how his actions made him feel and lay out their expectations for one another so that this mishap didn’t happen again.  He hesitated for a minute, then asked if I could do it for him.  Of course I could, but that wouldn’t do him any favors.  He was faced with an uncomfortable situation.  And most times, people fold under tough circumstances, completely.  They give in.  They give up.  They run.  I told him this was something that he had to do on his own, and well, he did.  He faced it.

I overheard his phone call to his friend and it was by far one of my most proudest parenting moments!  Did I mention I cried?  (I’m a baby, I know.)  I was such in awe that he handled it not only on his own, but with such class and maturity.  He handled it way better than I had imagined.  Hell, he handled it way better than I would’ve and I’m a grown 28!  (Okay… 38, but that’s besides the point!)  With uncomfortable situations, comes growth and I know this little scuff only made their friendship that much stronger.  He didn’t allow this bump to come between them.  No.  Instead, he defeated it and slayed it to its death!

So many friendships and relationships are lost because people don’t care to communicate their feelings.  The challenge at hand makes them uncomfortable, and they find it easier to run.  If they feel you’re not worth their time… they’re definitely not worth yours.  Not every friendship or relationship is genuine, and not every one is meant to be permanent in your life.  When it’s real, you’ll know.  And those are the ones that you’ll want to invest your time in, so when poop hits the fan (because it will), you’ll know that you’ll be able to overcome it no matter how hard it hit you.

So, to all the moms and dads waiting for those proud parenting moments to come… they’re well on their way!  Keep up the good work and be ready to welcome these moments with open arms!  I did.

Koda and the Polka-Dot Bow Tie
by Andrea Jaimes

This is a children’s picture book that I can’t wait to share with you and your mini yous!

And if I haven’t said it before, I thank each and every one of you for taking this journey with me and being a part of my tribe!